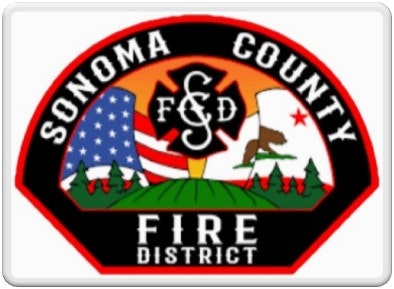 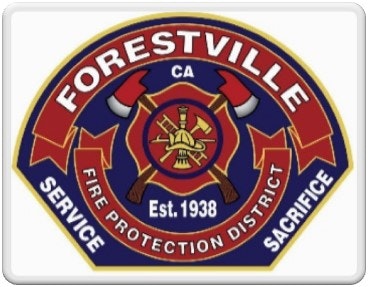 The Sonoma County Fire District would consolidate with the Forestville Fire Protection District (FFPD) so that the current Forestville Fire Station and all of its equipment will become part of the Sonoma County Fire District (SCFD). FFPD employees would become SCFD employees. Currently, each fire agency is the primary provider of fire and emergency medical response in its respective community.

What is the Sonoma County Fire District (SCFD)?

The SCFD was establised by consolidation of the Windsor Fire District, Rincon Valley Fire District, Mountain Volunteer Fire Department, Bennett Valley Fire District and most recently the Russian River Fire Protection District. This growing, successful organization has increased services to the communities that it serves and increased firefighter staffing in those stations. To be clear, SCFD is not a part of nor governed by the County of Sonoma—like FFPD, it is an independent special district and government agency with its own Board of Directors.

Why should FFPD become part of SCFD?

This particular opportunity, because of the complementary resources of our two districts, will actually increase service levels for our residents without meaningful increases in tax burden for the average resident. For owners of smaller homes, annual parcel tax burdens will actually decrease.

As the FFPD Board of Directors, we must ensure that the District delivers quality emergency response while being fiscally responsible with your tax dollars. Over the past two decades, FFPD has explored many annexation and consolidation solutions, hoping to maintain service levels while reducing costs. Our financial projections indicate that a significant tax increase will have to occur to increase out staffing and improve our emergency response capability as an independent district for our residents.

Sonoma County is home to over 30 individual fire departments and districts, each fire department with its own governance structure, Fire Chief, staff, facilities, and equipment.  Such duplication of resources is an inefficient use of taxpayer money. Districts and departments throughout the county are currently seeking to improve service to their communities by joining forces.

Consolidation as a long-term solution for improving fire and emergency medical response would...

What do the firefighters think?

FFPD’s firefighting staff members, long dedicated to serving the Forestville Community, are unanimously in favor of pursuing consolidation with SCFD.

How would service improve?

Residents would benefit from a fire department with improved purchasing power, reduced overhead costs, an improved ability to retain staff through better growth opportunities and improved pay, and better involvement with our adjoining forces.

How would this affect my annual tax burden?

Currently, owners of parcels with one single-family home in the FFPD pay $115 per year for fire and emergency services. Under consolidation, SCFD’s assessment rate would be adopted. Importantly, most property owners in the District would not see significant parcel tax increases despite improved service quality. In fact, in the case of smaller homes, the annual tax burden will decrease.

Local businesses will see an increase in their annual tax bill. However, with this increase in tax, the Forestville community will receive an enhanced level of service.

Are there other options?

Without significant additional revenue, FFPD faces sustainability and financial burdens that put the viability of the District in doubt over the next few years. Local voters would need to approve a sizable parcel tax rate hike to increase our staffing level to match neighboring District’s and increase our level of service.

While reducing staff might lower costs, the Board has no tolerance for reducing service quality at a time of increasing risks.

Finally, FFPD leadership has sought to partner and combine with neighboring districts many times in the past. During the past year, the Board and staff have explored forging such cooperative relationships with other West County agencies. After much examination and consideration, we believe that joining SCFD represents a unique opportunity to improve service quality without a sharp increase in costs for our taxpayers.

Sign up for updates from Sonoma County Fire District